On June 30th, 2020, after a month of Black Lives Matter protests across the city and a week-long Occupation outside City Hall, the City Council was preparing to vote on the annual budget due at midnight.

It remained to be seen whether the council would vote down the proposed budget by Mayor Bill de Blasio and Speaker Corey Johnson. Even though the Mayor and Speaker publicly announced the budget would cut $1 billion from the NYPD, details were released showing that most of the supposed cuts consisted of shifting school officers under the Department of Education budget.

Thousands of protestors gathered at the Occupation in front of City Hall, and shut down several adjacent streets to pressure the council members to meet the movement’s immediate demands.

Below are some images I captured hours before the historic vote: 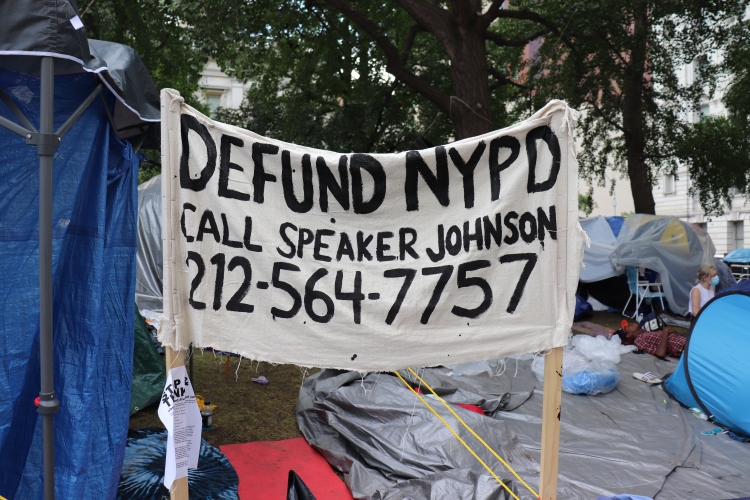 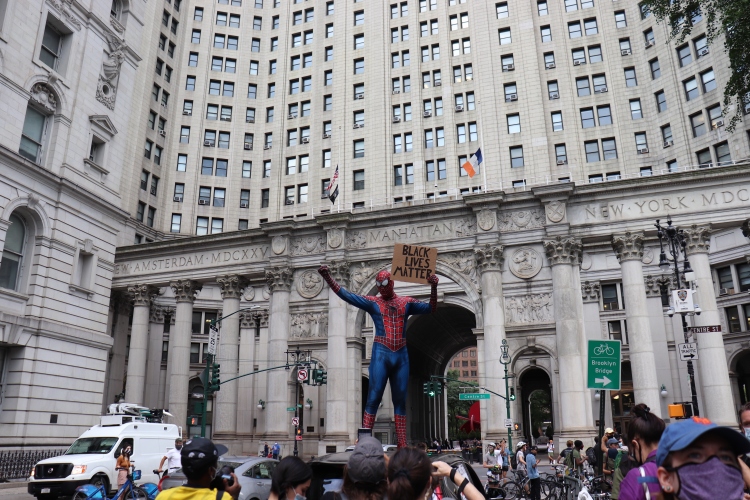